Training sessions of the Third Summer Camp continued during the third week. Focused on the ADCS hands-on training, the first three days of the week’s training was provided by Professor Dr. Mehran Mirshams and his team from K.N. Toosi University of Technology, Iran. On the foundation of the 2nd summer camp, the course this year moved forward the previous achievement, in which the participants integrated and programed on ADCS Micro-Simulator, tested and justified for model attitude control. 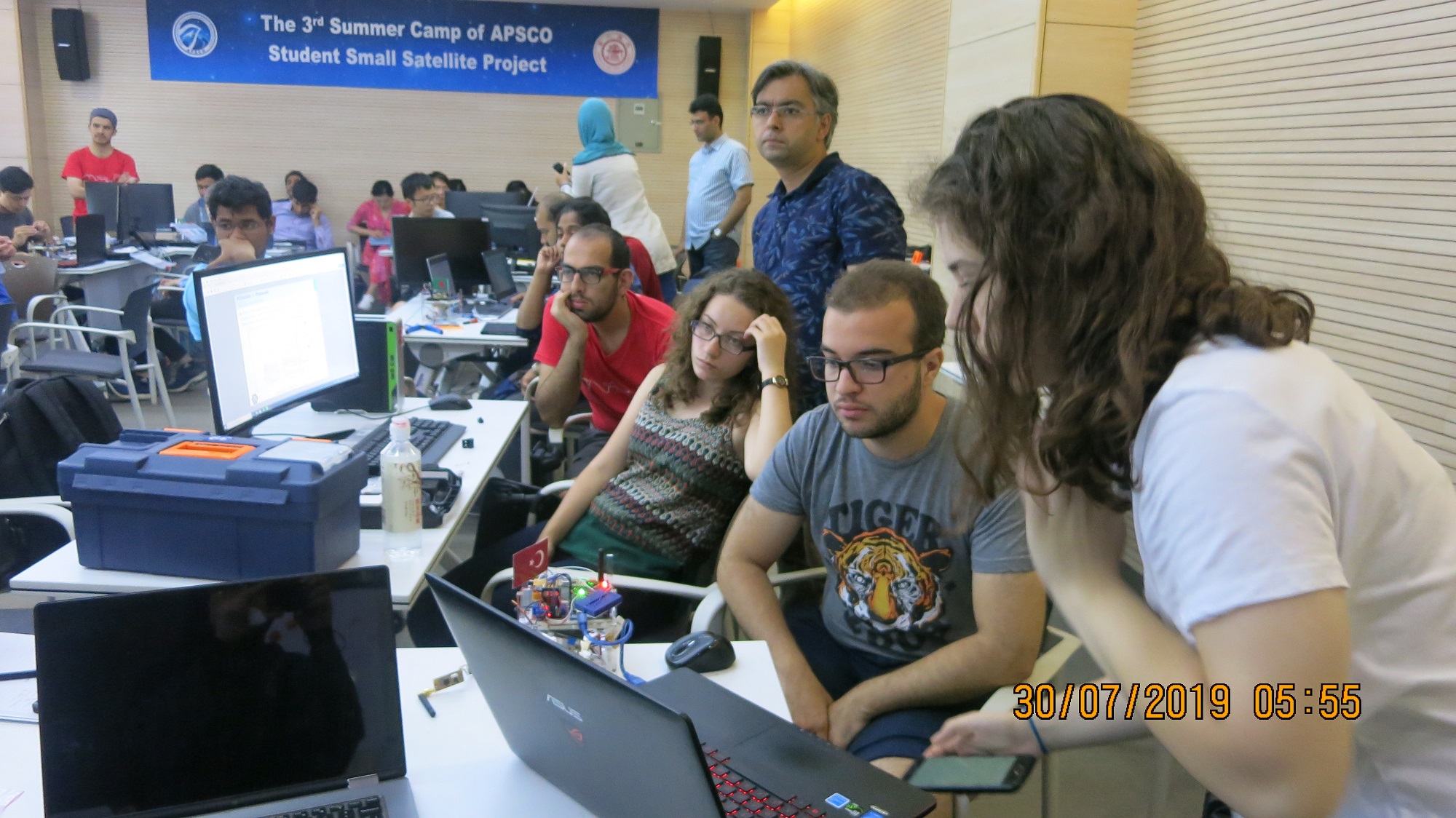 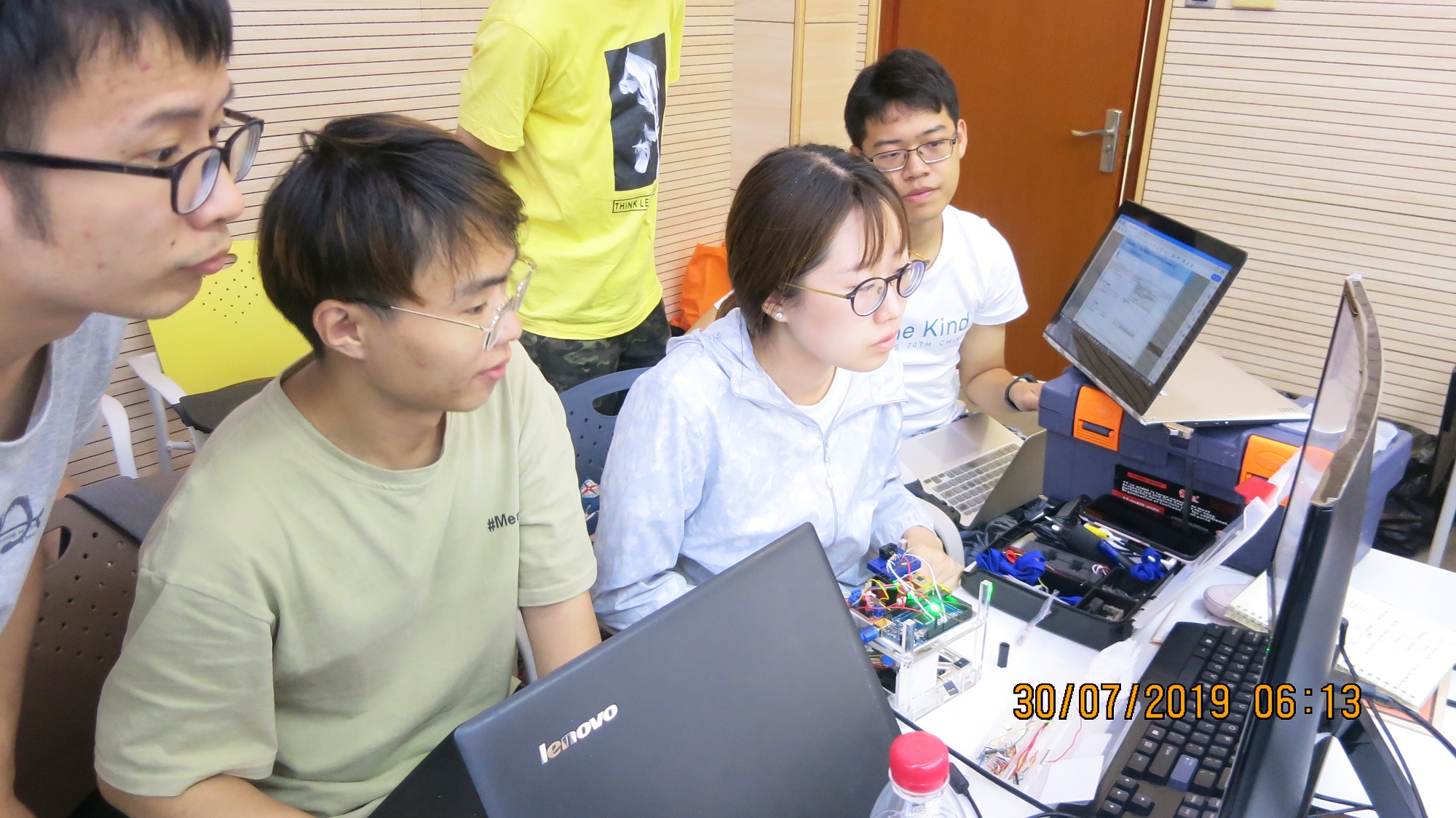 All participants were divided into 8 groups by country. Participants not only worked with the model of the ADCS subsystem, but also learned how to implement a developed software in the hardware, how to connect the model to the computer, and how to create a link with a model of the ground station. Most importantly, through the hands-on training, they learned how to detect the direction of a light source using a hand-made light detector and control the orientation of the CubeSat using a reaction wheel to point the camera to the screen. Finally, participants successfully took a picture of their countries shown on the screen among other countries using image processing software. The goal of this ADCS hands-on training exactly aligned with the mission tasks of the APSCO SSS Project. Under guidance of the team leaders, all teams have worked very hard until late night and made a great effort during these three days.

An amazing reward session was organized at Wednesday night, in which the Bangladesh team was selected to win the first prize by all team leaders from the MSs based on the training performance. 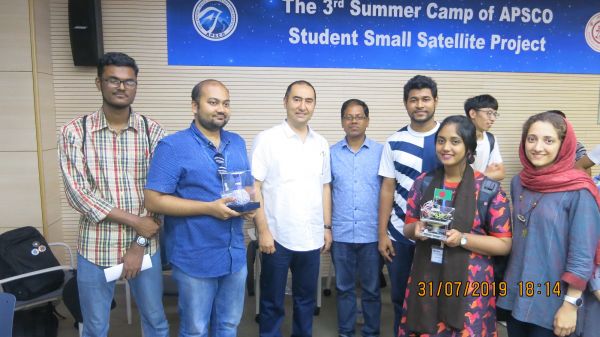 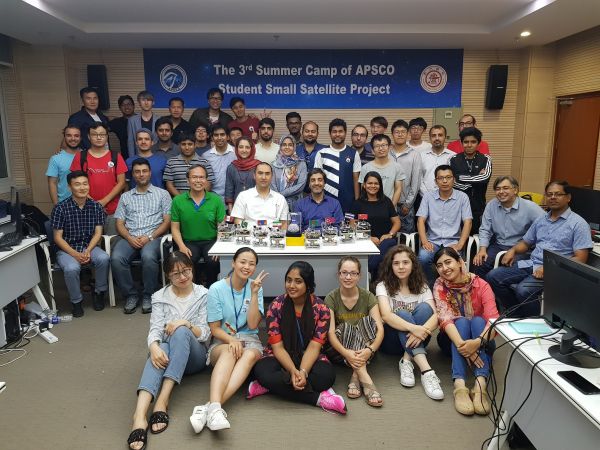 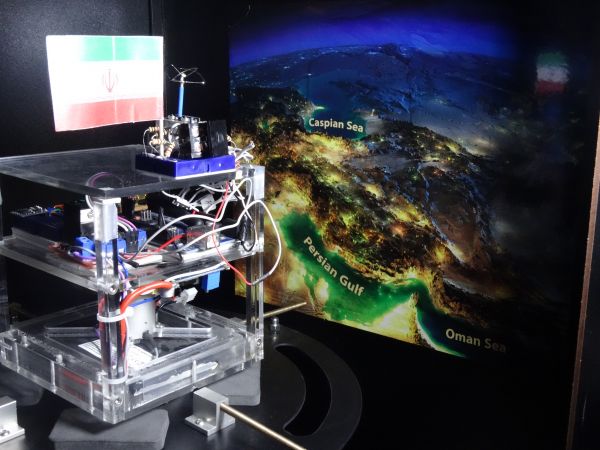 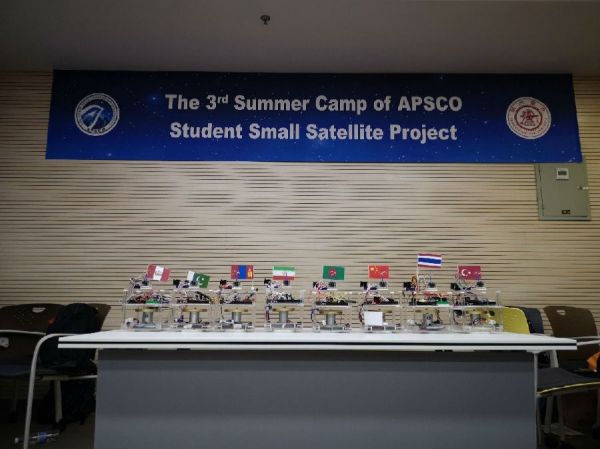